Located in the heart of the rainforest on one of the world’s largest sandstone plateau,Kaieteur is located on the Potaro River, a tributary of the Essequibo River. 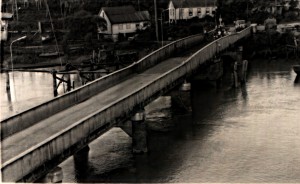 This antiquated mechanism was an historical landmark for more than 85 years.It was swung out to allow the tall masts of sugar-laden vessels to go through,then the two portions were swung back in to allow the flow of vehicular traffic again.

The current bridge which became operational in February 1978 is 1,732 feet long,33 feet wide and 45 feet high crossover which took 18 months to complete.

The Salvation Army Distributes Over 100 Hampers In New Amsterdam